A trip to Ireland was had. The homeland of Barry our landlord who has just done a craic’ing job with Irish week at the Bulls Head. Mary, too our proud owner is from the Emerald Isle and she and Tim went off to discover Dingle Bay and a craft distillery therein!

“It was a cool March day but the sun was in the sky and the journey through County Kerry was a picturesque one. Reaching Dingle Bay and visiting the craft distillery was the main objective of the trip but to arrive in Dingle itself was a real pleasure. What a beautiful little town it is. The views, scenery and of course the warmth of the welcome and the hospitality that following were memorable to say the least. 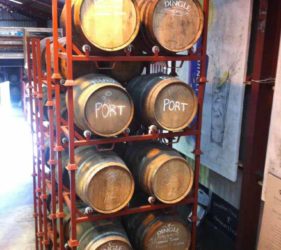 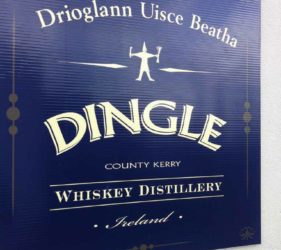 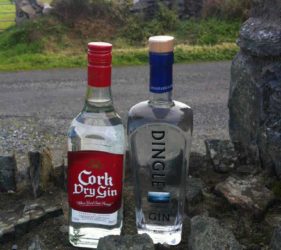 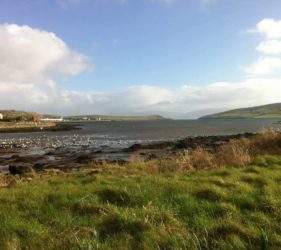 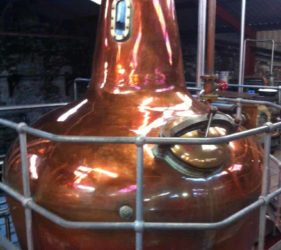 THE POT STILL FOR WHISKEY MAKING 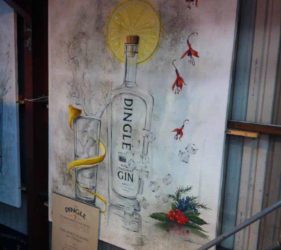 THEY SAY THE BEST ACCOMPANIMENT IS LEMON! 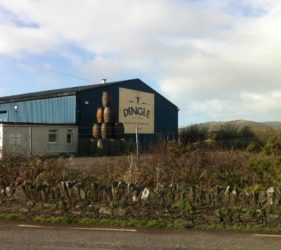 THIS IS A CRAFT DISTILLERY WHICH DOES TOURS AT SET TIMES 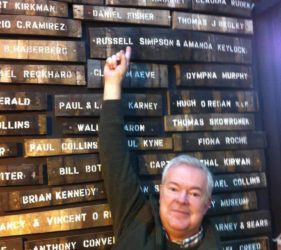 TIM POINTS OUT THE NAMES OF THE INVESTORS IN THE DISTILLERY THROUGH A CROWD FUNDING SCHEME WHERE ALL HAVE BOUGHT A BARREL OF WHISKEY! 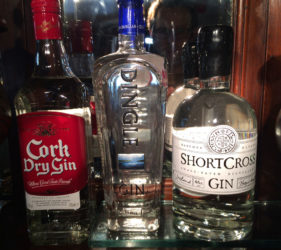 A big bowl of chowder with soda bread was the order of the day before we arrived at the distillery to meet Joe who offered a ‘wee’ tour and of course a gin and tonic at the end!!

The Dingle Distillery is there to produce a fine craft whiskey and to promote this fact Kilbeggan are helping by bottling a Dingle named whiskey . You see whiskey has to mature and while all that maturing is going on there is a lot of money invested. So to help the process barrels of whiskey were sold as investments (like a type of crowd funding) to raise money to ensure the whiskey in those barrels becomes one of the best in Ireland. So what else can be made in a distillery while one waits for the whiskey maturing process to complete?

Gin and vodka is the answer and that’s how we found out about the Dingle Distillery in the first place….Dingle Gin! By now many gin lovers will have had a single Dingle or indeed a double Dingle and tonic under young Barry’s guidance at the Bully. The gin is very good indeed with one or two Irish botanicals as well as the big juniper flavour. They say lime is best with it, but all the signs said lemon so take your pick.

If Vodka is your thing they have distilled one of those too in a very impressive blue bottle….in fact the bottle the gins in is equally impressive with a small plaque on it with Dingle Bay proudly reflected. If you are ever in Ireland make an effort to visit Dingle you will fall in love with it and probably the high spirits that exist there!”

Dingle Gin, Vodka and the first batch of Dingle Whiskey can be enjoyed anytime at the Bulls head just ask for a single Dingle!