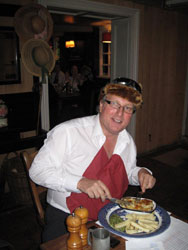 Lord Ted deserves great praise for putting the final treasure hunt of the season together so well.

The teams took to the road with great determination and Goodfellas team Jo and Nick won the best treasure hunt score as well as best quiz score picking up £50 of Bulls Head vouchers to spend in the pub celebrating!!!

Andrew and Dan collected the prize for least miles used whilst driving the treasure hunt to its conclusion!!!

Mary presented the Cup to Tim and the team and Shane accepted defeat gracefully but promised revenge next year!!!

Thanks to the teams that took part and for those that couldn’t make it your teams represented you well!!! Here’s to more treasure hunts next year!!! 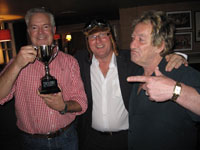 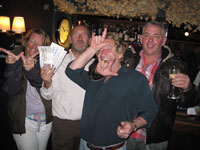 SOME OF THE LOSING GOODFELLAS!!! 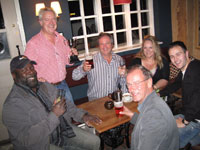 SOME OF THE WINNING 3P CLUB!!! 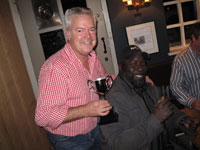