The Bulls Head 2018 Treasure Hunt went off very well indeed. On a very breezy Saturday (13th October) 13 teams rocked up to have a go at, the now famous, Bulls Head car treasure hunt! The teams had to drive a route that took them to our sister pub the Three Greyhounds Inn via Ollerton and Toft and bring them back via Lower Peover and Knutsford. They had to collect 38 clues while driving carefully around the countryside and they also had to answer 30 very tough quiz questions too. The teams also had to collect five specific objects and also take five photos to bring back. The drive took everyone around two hours.

All the teams arrived back safely and this time round they were welcomed back at our Roebuck Inn to some complimentary nibbles while the papers were marked by Tim and Jess. Everyone made a donation and we raised £100 for St. Wilfrid’s Church here in the village of Mobberley.

In third place were the ‘What the Tuk’ team who did the whole treasure hunt in a tuk tuk!! Their friends ….the ‘Mother Tukkers’, the second tuk tuk on show, were indeed second but the winners this year were the ‘Collins Girls Plus Ant’ in their Porsche Cayman. Well done to them.

This is a third win for the Collins Girls having won the very first Bully Treasure Hunt way back in 2011 and reappearing to win it again in 2014….. now they are, with Ant, the victors again meaning that the Cup goes to the 3P (Porsche, Pub and Pint) Car Club who have regained the trophy back from the Good Fellows Car Club for the first time since 2015!

Thank you to everyone who took part and we look forward to seeing you all in 2019! 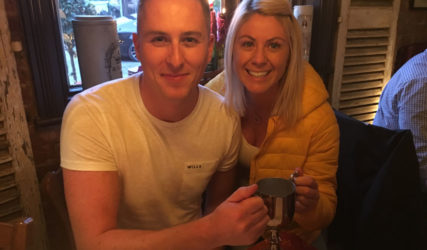 ANT AND LUCY WINNERS OF THE TREASURE HUNT 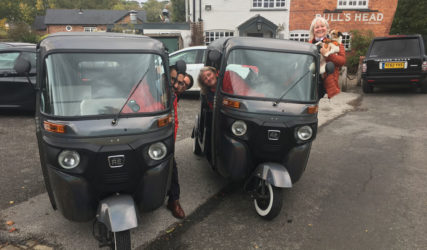 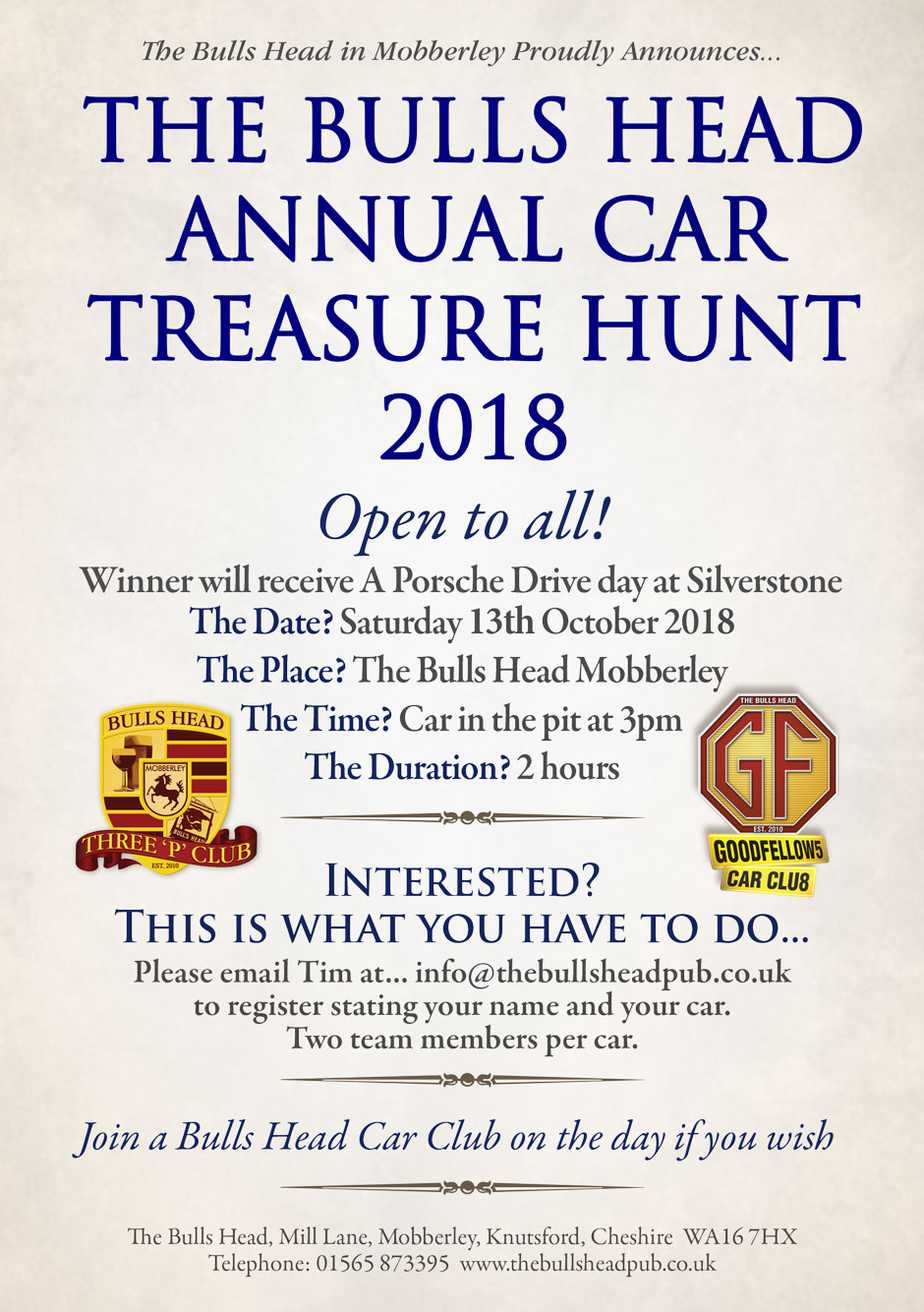