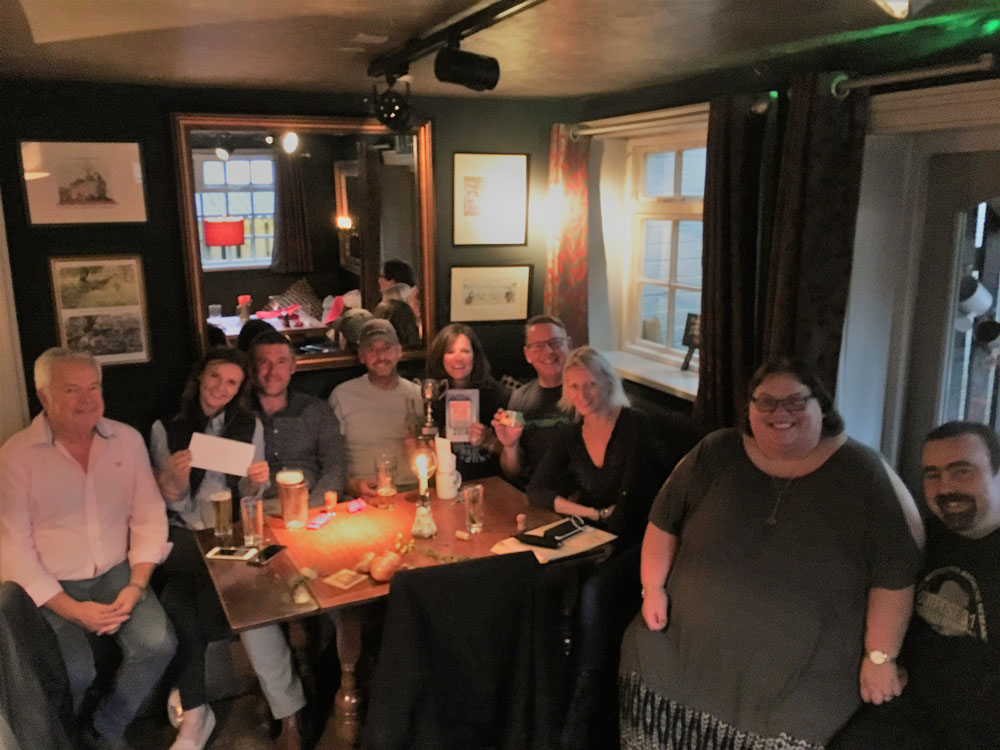 Despite the weather we had excellent teams rock up to the 7th Bulls Head Treasure Hunt between The Porsche Pub and Pint Club (3P Club) and the Goodfellows Car Club (Anything but a Porsche Club). The rain came down as the teams set off at 3pm but they were un-phased as they headed on their way in to the Cheshire Countryside to pick up clues and answer their additional quiz questions as well as having to take certain photos on route and collect items too.

Tim the owner was somewhat worried when no one had emerged by 5.15pm but his fears were calmed as each team arrived home from the rain unscathed! As the scoring was completed the teams enjoyed the Bulls Head Traditional Pub Plates and a drink before the winners were announced. 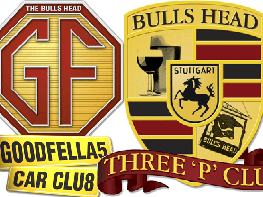 Finishing in third place representing the 3P Club were the ‘Town Lane Farmers’ Julie and Rob and then Cholmondeley Arms regulars Vicki and Tim of ‘The Nerds’ came home in second place leaving the ‘Scooby Doo’s’ Fraser and Jane to finish in first place. The second and first places were filled by Good Fellows meaning this years Treasure Hunt was scooped by the Goodfellows for the second year running!

The top three picked up vouchers to enjoy at the Bulls Head….(and The Church Inn) whilst the coveted trophy, Porsche Mug, Silverstone Race Day (worth £400) and a Good Pub Guide went to the winners as well as £50 of Vouchers to use in Tim’s Mobberley Pubs.

Well done to everyone who competed. It was a close run Treasure Hunt. Here’s to next year….