The winning car a BMW Z4 was driven by ‘the Hairdressers’ ….who else!!? Jonathon and Lindsey were thrilled as they were pipped last year by only half a point!! So they are Treasure Hunt Champions 2016 and accepted the Cup and a Porsche drive experience at Silverstone kindly donated by Martin at Porsche Chester our treasure hunt sponsors.

Teams also had to answer 20 very tough quiz questions while attempting to pick up 50 clues. I would like to thank all the teams for taking part.

Second place went to last year’s champs Fraser and Jane of the Scooby Doos who were beaten by their old rivals winning a rather nice Porsche wine stopper.

In third place were ‘Team Candy’ all the way from Cholmondeley winning a pair of Porsche baseball hats.

Congratulations to all the teams that took part but particularly the Hairdressers pictured with the cup presented by owner Tim.

See you all next year. 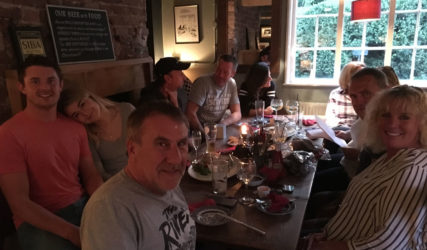 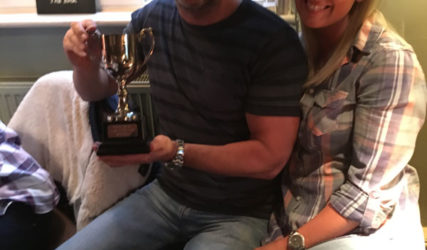