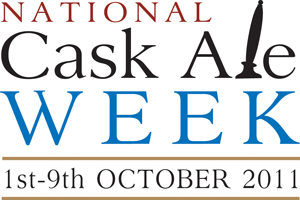 What a great week it was at the Bulls Head as the six cask ale pumps changed frequently over the nine days. Only celebrating a week of great ale would last nine days!!!

That’s what I love about cask ale week it has two weekends to it!! It was a great hit and moving the week from April to October is a great idea. So who’s brews were enjoyed the most I here you say???

Well the fastest moving were the Gunpowder mild from Coachhouse and their Cheshire Gold too was a hit. Redwillow from Macc’ delivered the goods with their ‘Directionless’ brew and the Happy Valley brewery from Bollington hit the mark with their ‘Sworn Secret’ Ale.

Mobberley Fine Ales Hedgehopper was as popular as ever and Ruck and Maul Rugby world cup ale from Tatton went down well until England lost then it became slightly too bitter to drink!! We also featured Storm Brewery beers and of course the bestselling beers of the house ‘Bulls Head Bitter’ and ‘Wobbly Mobberley Ale’ brewed by Weetwood.

More ales will feature as we soon celebrate Sausage and Ale week and British pub week back to back at the end of October. See you then if not before……………