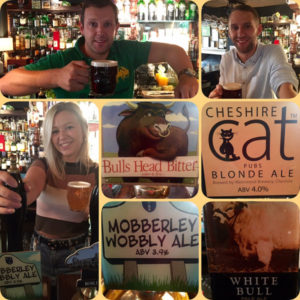 For the seventh year running our Bulls Head pub here in Mobberley has been chosen by CAMRA to be in the Good Beer Guide 2016/17.

This means that since Tim and Mary opened the door of the new Bulls Head nearly seven years ago it has been chosen for the Good Beer Guide every year. What a great honour for Barry and the Team this is and especially for Tim too, who’s vision seven years ago was to support local Cheshire microbrewers and ensure that every pump was dedicated to local Cheshire brewers, no regionals, no nationals but sustainable support of local business in Cheshire.

A lot of people thought Tim was mad but it has paid off and Cheshire Brewing has never been better. Barry the Bulls Head landlord has only two occasions a year to venture out of Cheshire for his ale choice….the rule however is that they must still be craft micro-brewers……One occasion is Cask Ale week which kicks off on the 22nd September 2016 with our now legendary ‘Pie Week’ and the other is Barry’s famous Irish week in March.

We would all like to thank CAMRA for choosing the Bulls Head again and we would like to lift a glass of ale to our Cheshire Brewers and all our ale loving customers. 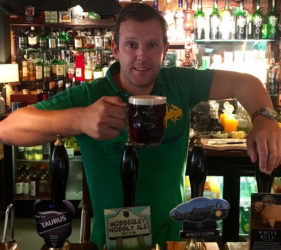 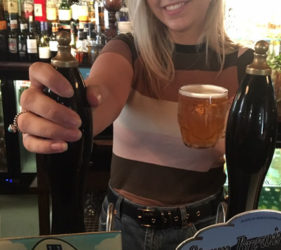 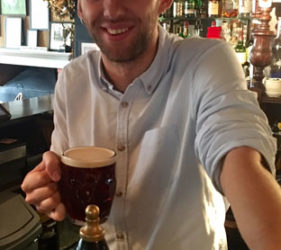