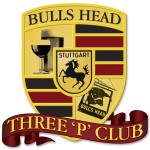 The day was wet (initially) but we still had enough teams to make a good day of it. At 3pm the teams assembled for the annual Bulls Head Treasure Hunt which, as tradition would have it, is between the Good Fellows Car Club and the Porsche Pub and Pint (3P) Club.

The treasure trail took the cars off towards our sister pub the Church Inn (also in Mobberley) and a dash round the graveyard of St. Wilfrid’s Church and then off to Wilmslow, Mottram, Alderley Edge picking up clues as they went. 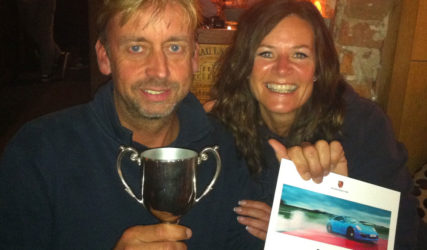 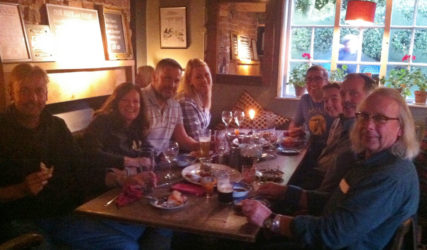 Teams also had to answer 40 quiz questions while picking up clues. I would like to thank our business partners the Cheshire Smokehouse, our Log and landscape gardeners (and a lot more) Paul and Rick at Caddis and the Foden Lane Nursery and of course our very own Church Inn for allowing the teams to run around their domains picking up clues!! 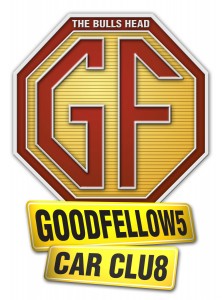 The overall winners in the end were Fraser and Jane of the Scooby Doos who beat off a brilliant challenge by Jonathan and Lindsay of the ‘Hairdressers’ team by half a point! Literally never has a ‘Good Fellow’ club team come so close to ensuring the Good Fellows a win overall.

In third place were the Targa Twosome Phil and Roger all the way from Cholmondeley! They delivered the highest treasure hunt score but slipped up on the quiz….no smart phone apparently!!

Anyway congratulations to all the teams that took part but particularly the Scooby Doos (pictured) with their prize which was kindly donated by Martin from Porsche Chester. The prize was a Porsche Drive Day at Silverstone and of course the cup which will be engraved in the 2015 winners names.

Next year the Treasure Hunt will be moved to late September to avoid holidays etc.