Bens Car Club get another member!!! 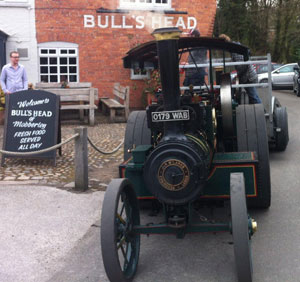 As we march towards 28th May 2013, the day that marks the birthday of the new Bulls Head in Mobberley, it is a tradition that Tim (our owner and the founder of the 3p – Pub, Porsche and Pint Car Club) and Landlord Ben (Chairman of the  Landlords Goodfellas Car Club) add up the members they have added in the past year to their respective Car Clubs!! £100 is paid by the loser (the one with the least new members) to the winners Charity choice. In year one Tim paid to [former] landlord Shanes Children’s Charity and last year Shane stumped up the £100 for the local Mobberley Church which was Tim’s choice.

It is unbelievable that the new Bulls Head is three years old and of course the car clubs are tied at one each. Who will be the winner this year??

Well it looks as though it could be Ben!!? Why I hear you ask? Well it seems Bens strategy is more ‘Oddfellow’ than ‘Goodfellow’ as when this steam engine named ‘Hogwarts’ rocked up to the pub, Ben quickly recruited them.

Less Potter and more Potty in my book…Hogwarts…get it? Anyway the Gauntlet has been laid. The challenge is on! Tim calls on all Porsches this side of Stuttgart to get down to the Bulls Head and join the 3p club!! 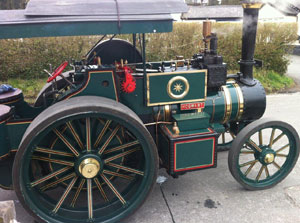 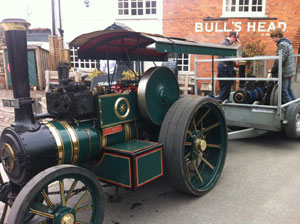 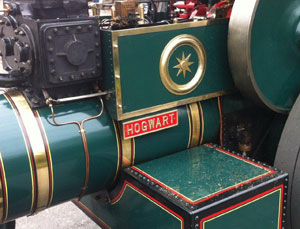